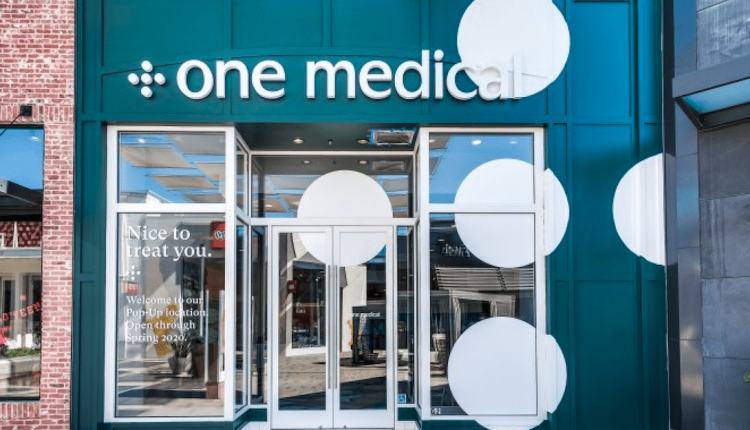 Amazon To Purchase One Medical for $3.9 Billion; FTC Investigates

In July 2022, Amazon announced that it had entered into a “definitive merger” to acquire One Medical, a primary care organization. According to the initial press release when the company announced the plans for acquisition, it described One Medical as a “human-centered, technology-powered national primary care organization.” One Medical also provided an update in August that it had signed an agreement with Amazon, assuring its current customers that the deal would not change anything for them.

Other sites have explained that One Medical works as the “Netflix” of healthcare, offering a $199 yearly subscription plan that gives members access to 125 in-person or virtual clinics across the nation. Here’s more on the acquisition, what prompted it, and what might be next for healthcare powered by Amazon.

Amazon has long been looking to move into healthcare—and for good reason, as the healthcare market is one valued at close to $4 trillion. Amazon first tried to break into the healthcare market by launching their own healthcare company, Amazon Care. Amazon formally announced in August 2022 that it would be abandoning its plan to launch Amazon Care, which the company had planned to be a primary care model that blended both telehealth and in-person services.

Despite the fact that Amazon Care had been in the works for three years and had already launched in all 50 states, senior vice president of Amazon Health Services Neil Lindsay stated that Amazon Care would not be a long-term solution for its customers. The official closing date for the healthcare arm of Amazon via Amazon Care is December 31, 2022.

Now, it appears Amazon has placed its sights on One Medical instead, which already has an established base of 188 offices, 29 markets, over 767K members, and a relationship with 8,000 companies that offer the services to their employees. The company, while growing since its inception in 2007, has reported major losses every year and has reported to not have turned a profit yet, Amazon will be acquiring One Medical’s debt as part of the deal as well.

In the official press release from Amazon, both Lindsay and Amir Dan Rubin, CEO of One Medical CEO (whom will also remain CEO once the acquisition is complete) spoke to the deal being one that will “transform” healthcare.

“We think health care is high on the list of experiences that need reinvention. Booking an appointment, waiting weeks or even months to be seen, taking time off work, driving to a clinic, finding a parking spot, waiting in the waiting room then the exam room for what is too often a rushed few minutes with a doctor, then making another trip to a pharmacy – we see lots of opportunity to both improve the quality of the experience and give people back valuable time in their days,” said Neil Lindsay, SVP of Amazon Health Services.

“The opportunity to transform health care and improve outcomes by combining One Medical’s human-centered and technology-powered model and exceptional team with Amazon’s customer obsession, history of invention, and willingness to invest in the long-term is so exciting,” added Amir Dan Rubin, One Medical CEO.

Why The FTC is Looking Into Amazon

On September 5, reports circulated that the Federal Trade Commission (FTC) is investigating Amazon’s plans to buy One Medical, as well as their plans to buy iRobot, also a billion dollar-plus deal. (And, just to keep facts straight, both of these deals would also be happening after Amazon also bought MGM for $8.5 billion in March of 2022.)

Reportedly, Amazon has plans to gather more consumer data from both deals, such as home mapping through things like the Roomba vacuum, and FTC Chairwoman Lina Khan has been a critic of Amazon in the past. Reportedly, the FTC will be looking into both business acqusistions to see if they vioalte anti-trust laws and and whether data acquired from Amazon will give the company unfair advantages in their respective markets.

The FTC is not the only one skeptical of Amazon’s reach into many different markets, including healthcare. For instance, Kate Bahn, chief economist at the Washington Center for Equitable Growth. questioned why retailers are quickly becoming the source of healthcare in the US, pointing out that so-called “one-stop shops” have actually historically proven to increase costs and prohibit access for patients, especially those in rural areas. At the core of such concerns is that retailer-driven healthcare is one primarily built for profits, not patients, and will not actually improve many of the difficult challenges plaguing healthcare today.

And while healthcare certainly needs several areas overhauled, Bahn is not convinced Amazon will be the one to do that. “Amazon’s acquisition does not necessarily portend these negative effects of marketized and increasingly monopolized health care, but given the overall trends, there should be a much higher level of scrutiny,” she wrote. “Policymakers and antitrust enforcers need to pay close attention to the outcomes when a health care provider becomes a subsidiary of a corporate conglomerate already known for poor working conditions and questionable business tactics.”

Comments from social media also expressed concerns about Amazon’s move into healthcare. “This should not be allowed!!!” wrote Chet Morgan on Facebook. “It should be considered a monopoly no matter they are not the same industry. Its too much power for one man. This moves us away from our principles of being free. The larger these corporations get the less freedoms we will have!!! We have to put an end to the hoarding of wealth like this. We must set limits!!!”

What Does This Mean for Nurses?

Amazon and OneMedical will have to provide more information to the FTC after its request, but if the deal officially goes through, nurses could expect that there will be a lot of future opportunities to get involved in the Amazon-owned company.

According to One Medical’s career page, the company is looking to make big change in healthcare: “Working to fix a broken healthcare system and change people’s lives is unbelievably rewarding work — and it’s made even better because of the incredible culture at One Medical. There are no egos here. There are no dumb questions or dumb ideas. We learn from each other, we listen to each other, and we collaborate to create a truly innovative and human-centered practice people love. And on top of all that, we have fun doing it.”

The page also states that One Medical’s benefits include:

Of course, that official declaration could change once Amazon takes over, but there are already a lot of open positions on One Medical’s career clinician page, especially for Nurse Practitioners. So if you’re looking to get involved in Amazon’s first foray into healthcare, this might be a great time to do so.

KHN’s ‘What the Well being?’: Biden Declares the Pandemic ‘Over’