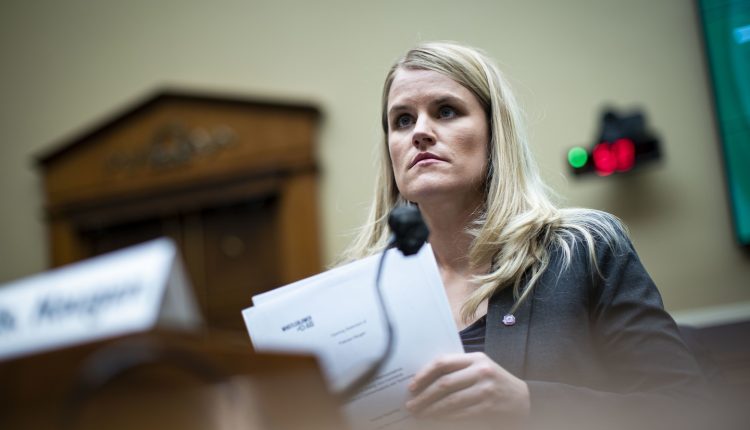 Happy Wednesday! Who had “Meta announces legs” on their headline bingo card this week? Brag away and send tips to: cristiano.lima@washpost.com.

Below: The Biden administration announces a proposal affecting gig workers, and Meta’s metaverse pitch for businesses faces some challenges. First:

Public officials in Washington for years have sparred along partisan lines over whether social media platforms take down too much or too little hate speech and misinformation.

A council launching this week aims to sidestep those disputes by proposing reforms that tackle issues of bipartisan concern, including children’s safety and national security.

The newly minted Council for Responsible Social Media, set up by the nonpartisan nonprofit Issue One, features a wide-ranging and influential lineup of former US lawmakers and federal officials, advocates, scholars, industry leaders and whistleblowers.

“This is not a think tank. This is an action tank,” Gephardt told The Technology 202. “We want to see results.”

The group is staking out three initial areas of focus: how social media platforms may adversely affect children’s mental health, how they can be weaponized by foreign adversaries to the detriment of US national security and how they may exacerbate societal divisions.

“The core goal of the commission is to really show that there are bipartisan paths forward … that involve having companies have to actually talk about what is their role in society,” Haugen said in an interview.

Haugen said the council can move the debate around social media accountability forward by focusing on areas of “common ground,” like concerns around algorithmic amplification, transparency and platform design choices.

Haugen said proposals the council might explore include giving users, particularly children, the option to “reset algorithms” so they do not keep wandering down the same risky “rabbit holes.”

By focusing on systemic issues, she said, the group might be able to help build support for ideas that sidestep thorny speech debates.

The council has received roughly $250,000 in funding collectively from the Omidyar Network, the Newton and Rochelle Becker Charitable Trust and the Wend Collective, according to Issue One spokesperson Cory Combs. Combs said the council has not received direct funding from any tech companies. Some of the members, including Gephardt and Panetta, have ties to firms that have represented industry giants.

The Omidyar Network, a philanthropic venture launched by eBay founder Pierre Omidyar, has pushed for greater regulation of the tech giants. The Newton and Rochelle Becker Charitable Trust is a foundation that describes itself as a “support organization” for Jewish communities. The Wend Collective is a philanthropic group launched by Walmart magnate James Walton.

The council may also rally around legislation that already has bipartisan support, such as recent Senate bills on kids’ online safety and platform transparency, Haugen said.

One of those proposals, the Kids Online Safety Act, would give parents greater control over their children’s online activity and require that platforms give kids the option to opt out of algorithmic recommendations and other potentially harmful features. The other, the Platform Accountability and Transparency Act, would force companies to turn over data about their services to researchers, or face fresh liability threats if they don’t.

Both proposals have bipartisan support, and the children’s safety bill advanced out of committee in the Senate with broad backing. But neither has a counterpart in the House, and the latter hasn’t been formally introduced, signaling they may both still face a long path to passage.

The council is also poised to shine a brighter spotlight on how US companies may be playing into the hands of foreign adversaries — scrutiny that has largely focused on TikTok, owned by Beijing-based tech giant ByteDance.

Haugen said one concept the group may explore is requiring “consistent reporting” by companies about how much they are investing to counter foreign influence operations.

The group is launching ahead of a summit in Washington on Thursday, where it plans to lay out a “plan of action for the months and years ahead,” according to a release.

The new proposal would require gig firms to consider workers as employees when they’re “economically dependent” on the company, Rachel Lerman reports. The share prices of Uber, Lyft and DoorDash slid on the news.

Uber said the Labor Department listened to drivers, and argued that drivers prefer the “flexibility” of being independent contractors. Lyft said it would return gig firms to similar rules from the Obama administration, which “did not result in reclassification of drivers.”

The AFL-CIO and Gig Workers Rising praised the proposed rule, but some critics said it didn’t go far enough.

“While the government was ramping up scrutiny of big technology companies, more than 1,800 federal officials reported owning or trading” stock in Amazon, Apple, Facebook or Google, they write. “More than five dozen officials at five agencies, including the Federal Trade Commission and the Justice Department, reported trading stock in companies shortly before their departments announced enforcement actions, such as charges and settlements, against those companies.”

Some agencies waived rules when the investments caused a conflict. In most cases that the Wall Street Journal identified, ethics officials said employees complied with ethics rules, which have some exceptions allowing officials to hold stock in firms that conflict with their agencies’ work.

The company’s new $1,500 virtual-reality headset will be integrated with ubiquitous Microsoft products, but it’s not clear if that’ll be enough to sway firms to Meta over Apple and TikTok parent ByteDance, which offer or are expected to release their own technology, Naomi Nix reports. Meta has significantly invested in chief executive Mark Zuckerberg‘s vision of the metaverse as a place where virtual reality experiences transform people’s lives.

“The biggest impediment to Meta’s plans doesn’t have an easy fix: The technology required to accomplish some of Meta’s biggest ambitions for its VR devices is, by its own admission, still years away,” Naomi writes. “Even if Meta manages to continue elbowing out its headset competitors, there is no guarantee that most people will want to don the headsets and spend their lives in a virtual world.”

Avatars in the Meta metaverse will soon have legs. Our colleague Naomi Nix:

Meta announces legs in the metaverse feels like the highlight, tbh

I am here in the metaverse, still virtually legless, watching Zuckerberg announce legs.

Tour Amazon’s dream home, where every appliance is also a spy (Geoffrey A. Fowler)