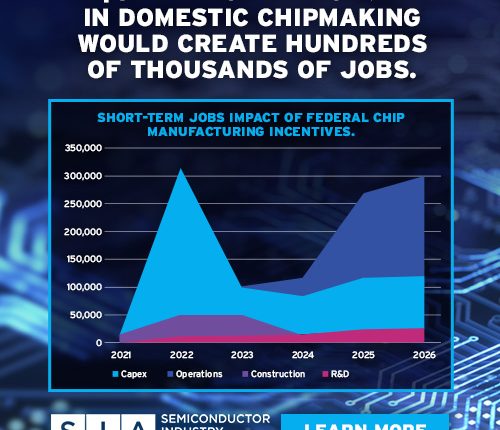 With Hailey Fuchs and Daniel Lippman

FIRST IN PI — DEM AGs OUTRAISE REPUBLICAN COUNTERPARTS AFTER FALL OF ROE: The committee working to elect Democratic state attorneys general saw a massive influx of cash during the second quarter of this year, narrowly outraising its Republican counterpart as the issue of abortion rights headed back to the states in the wake of the Supreme Court’s reversal of Roe v. Wade.

— The Democratic Attorneys General Association will report hauling in $6.47 million between April and June, a period that included POLITICO’s disclosure of a draft opinion reversing the landmark abortion ruling and the immediate aftermath of the formal decision by the high court. The Republican Attorneys General Associationbrought in $6.3 million during the same period, Fox Business reported last week — a record for the organization that came amid fundraising pleas that warned Democrats are looking to “replace Rule of Law Attorneys General with liberal activists.”

— Several other Democratic political groups saw a windfall immediately following the Supreme Court decision last month. As PI readers recall, the Democratic online fundraising platform ActBlue processed $20.5 million in donations in the first 24 hours after the ruling, while Planned Parenthood Federation of America and Planned Parenthood Action Fund reported a 40-fold increase in donations in the decision’s wake relative to a typical day.

— But with the court placing the matter of abortion policy in states’ hands, attorneys general in particular now stand to have “unprecedented influence over the future of abortion access,” POLITICO’s Alice Miranda Ollstein wrote in May.

— Even before the draft opinion’s publication, “Democratic candidates running for an office voters often overlook were pitching themselves as the last line of defense for the right to terminate a pregnancy,” she reported. “Republican candidates for attorney general, meanwhile, are promising to aggressively enforce state bans and act as a check on whatever efforts President Joe Biden and a Democratic Congress might undertake to expand abortion rights.”

— DAGA President Sean Rankin reiterated that framing in a statement on the group’s fundraising, saying that “states are now the major battlegrounds for these big policy fights, and our Democratic AGs and candidates are proud to be leading on them.”

Good afternoon and welcome to PI. What’s going on out there? My inbox is wide open for your hot tips, gossip and more: [email protected]. And be sure to follow me on Twitter: @caitlinoprysko.

The country that leads in semiconductors will have a competitive edge for decades. Modern society is built on semiconductors, from healthcare to clean energy, manufacturing to national security, the economy to the supply chains that keep it running. Strengthening the domestic chip industry will create hundreds of thousands of jobs, reinforce national security, and help out-innovate competitors. Learn why reinforcing America’s place as a global leader requires investing in domestic chip research, design, and manufacturing.

FIRST IN PI — CONSUMER BRANDS NAMES INTERIM PRESIDENT: The Consumer Brands Association has tapped Stacy Papadopoulos, general counsel and senior vice president of operations, to be the trade group’s interim chief executive while the association searches for a permanent leader to replace Geoff Freeman. Freeman is leaving the group next month to take the helm of the U.S. Travel Association, after resuscitating the trade group previously known as the Grocery Manufacturers’ Association in a rebrand.

— “Consumer Brands has built an agenda that united the industry, expanded membership and revenue and grown into an association that we are increasingly proud to be a part of — and one well positioned to recruit a strong new leader,” Harmening, who also serves as the packaged goods group’s chair, said in a statement. The group said it has seen a 35 percent increase in membership since its rebrand, along with a nearly 50 percent increase in its dues revenue.

LOBBYING COMES FOR THE INFLUENCERS: “Washington’s political power brokers are quietly inching toward a full embrace of influencers,” Wired’s Benjamin Wofford writes in a fascinating look at the ad-tech startup Urban Legend and its increasingly popular model of deploying social media personalities to advance political and ideological aims.

— “Staffed by a plucky 14-person team, Urban Legend keeps its largest asset carefully hidden away inside its servers: an army of 700 social media influencers who command varying degrees of allegiance from audiences that collectively number in the tens of millions.”

— “In two years, Urban Legend’s influencers have run more than 400 campaigns, connecting people to its clients millions of times. Henri Makembe, a veteran Democratic campaign strategist in Washington who has worked with Urban Legend several times, compared the concept to ‘unboxing’ videos—when an influencer unwraps and showcases a product sent to them by a brand. Such product influencers are a $15 billion marketing industry. ‘Now we’re realizing, “Oh: We can do that with an idea,”’ Makembe says.”

— “But the rise of this new messenger has disquieted some. For one, it’s unclear whether influencers are following federal disclosure rules. And as at similar firms, the names of Urban Legend’s influencers and clients are a closely held secret — or were, until recently — creating the prospect of an internet flush with untraceable money, in which Americans can no longer tell an earnest opinion from a paid one.”

WHO’S FUNDING SCOTT BROWN’S CONSERVATIVE TECH GROUP: “A group fighting antitrust legislation targeting the biggest US tech companies presents itself as a grassroots advocate for American taxpayers, yet it hasn’t disclosed a significant source of funding from one of the industry’s giants,” Bloomberg’s Emily Birnbaum reports.

— “The Competitiveness Coalition, led by Scott Brown, a former Republican senator from Massachusetts, has received more than $1 million from Amazon, according to three people familiar with the organization’s funding.”

— “Founded in March as the bipartisan antitrust bill was gaining steam on Capitol Hill, the Competitiveness Coalition has held meetings with Republican lawmakers, run television ad campaigns and blasted out op-eds opposing the measure — all without revealing the backing from the e-commerce giant.”

— “The coalition was spawned by the National Taxpayers Union, a conservative advocacy organization, and counts more than a dozen right-leaning groups as members. NTU, one of the most prominent voices against regulation in Washington, has received money from Amazon and Google for years, according to public disclosures by the companies.”

ALPINE GROUP ADDS COMPETITIVE FUNDING PRACTICE: The Alpine Group is partnering with Capitol Funding Solutions and its CEO Becky Nictakis to launch a new competitive funding group to work with clients on strategic positioning, drafting and submission of funding proposals and applications to win competitive funds. The partnership will allow Alpine Group to expand work for corporate clients as well as local and tribal governments and ports, the firm said, amid an “unprecedented amount of competitive federal funding available.”

THE CHAMBER SUES FTC: “The US Chamber of Commerce accused the Federal Trade Commission of a lack of transparency about its competition enforcement in a lawsuit Thursday, stepping up its campaign on behalf of corporate giants against antitrust threats from the Biden administration,” Bloomberg’s Leah Nylen reports.

— “In an unusual move designed to pressure a federal agency whose policies the trade group opposes, the Chamber alleged that the FTC refused to turn over public records about its proceedings, creating a ‘black-box environment’ of uncertainty for business.”

— “The nation’s largest business lobby had sought information under public records law from the antitrust and consumer protection agency about its communications with other regulators regarding the merger between Illumina Inc. and cancer-test startup Grail Inc., along with its practice of counting votes cast by departed commissioners. The agency denied those requests, as well as another related to FTC Chair Lina Khan’s employment at the agency in 2018.”

— “The suit intensifies the clash between the nation’s biggest business lobby — whose members include AT&T Inc., Pfizer Inc. and tech stalwarts Alphabet Inc., Amazon.com Inc. and Meta Platforms Inc. — and Khan’s FTC. The trade group, which spent $65 million on lobbying last year, accused the agency of ‘waging a war on American business’ by allegedly manipulating its rules and engaging in political interference.”

— Stephen Sandora has joined Mastercard as director of federal government affairs. Sandora was previously an aide to Rep. Patrick McHenry (R-N.C.) on the House Financial Services Committee. He also worked at the Treasury Department and for Sen. Shelley Moore Capito (R-W.Va.).

— BCW has tapped Jeff Joseph as the next president of its Washington office. Joseph most recently spent three years as president of the  Software & Information Industry Association.

— FirstEnergy named Joe McClelland vice president of external affairs, where he will oversee all government relations activities for the company. He was previously director of the Office of Energy Infrastructure Security at FERC.

— David Kramer will be the next executive director at the George W. Bush Institute, succeeding Holly Kuzmich who will step down later this year. Kramer currently serves as the Bradford M. Freeman managing director of global policy.

— Laurel Sakai is now national director of public policy for Planned Parenthood Federation of America. She previously was deputy health policy director for the Senate HELP Committee, and is a Senate Veterans’ Affairs alum.

— Diana Oo is now director and head of U.S. federal affairs at Netflix. She most recently was vice president for government relations and policy at Univision Communications.

— Rebecca Kagan Sternhell is the new executive director of the Homeland Security Advisory Council at DHS. She previously was director of federal affairs for New York City.

— Deion Lemelle is now assistant director at the University of Chicago Center for Effective Government. He previously was special assistant and engagement manager at Win the Era, and is a Chasten Buttigieg alum.

— The Michigan Retailers Association has added Andrea Bitely as vice president of marketing and communications. She was previously senior director of strategy and client services at Truscott Rossman.

—  Dan Tomanelli is now the director of national security space at space tech company Voyager. He most recently was a public sector manager at Orbital Insight and also worked for the U.S. Air Force and NSC in the Trump administration.

Semiconductors enable technologies that were the stuff of science fiction just a short time ago. Surgeons can perform lifesaving operations from thousands of miles away via robotic proxies. Anyone can access the entirety of human knowledge from anywhere, whenever they wish. To stay on top in the game-changing technologies of today and tomorrow—and reap the accompanying benefits for U.S. job creation and economic growth—America must invest in domestic chip manufacturing, design, and research. Congress must swiftly pass competitiveness legislation that funds the CHIPS Act and includes a FABS Act investment tax credit for semiconductor manufacturing and design. Learn how doing so will create a strong foundation for America’s future, built on semiconductors stamped “Made in America.”

KHN’s ‘What the Well being?’: Life After ‘Roe’ Is … Complicated

In Depth: Regulation and Enforcement of the Digital Property Markets, Half Two – Give attention to Enforcement