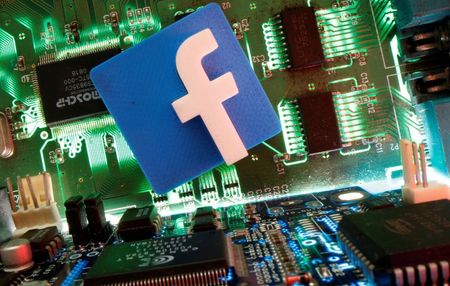 This is the first UK case against Facebook to be filed at the Competition Appeal Tribunal (CAT) and will be pursued under the Consumer Rights Act 2015 on behalf of around 45m UK consumers.

Under the rules laid down in the Consumer Rights Act, all UK users of Facebook between 11th Feb 2016 and 31st Dec 2019 living in the UK will automatically become part of the group of claimants unless they explicitly opt-out.

This means that, once the claim is approved by the CAT, individuals falling within the class will automatically be eligible to receive compensation at the conclusion of the claim.

The Act enables a collective damages claim to be brought on behalf of a class of people who have suffered loss. A minimum of £2.2bn plus interest is being sought as damages.

Meta’s threat to close down Facebook and Instagram in Europe backfires as EU leaders embrace shutdown: ‘Life would be very good without’

The claim is being brought by Dr. Liza Lovdahl Gormsen as the proposed representative of the class of UK consumers.

Dr Gormsen has a long and distinguished career as a competition law academic and practitioner. She is a Senior Research Fellow at the British Institute and Comparative Law and the director of the Competition Law Forum.

Dr Lovdahl Gormsen is being advised by a Quinn Emanuel team led by UK partner and Head of Competition Litigation Kate Vernon, and counsel Ronit Kreisberger QC and Nikolaus Grubeck of Monckton Chambers and Greg Adey of One Essex Court. The claim is being funded by Innsworth Capital Limited.

Quinn Emanuel partner Kate Vernon said this morning: ‘Today marks a significant moment for the UK collective action regime with our filing in the CAT of the first UK case alleging abuse of dominance by Facebook.’

“Facebook’s clear abuse of its dominant position in the personal social network and/or social media market, netted the company many billions in profit with zero payment to consumers,” Emanuel said.

“The purpose of this action is to secure redress for the 45 million UK consumers who have lost out as a result of Facebook’s imposition of unfair terms, prices and/or other trading conditions,” he continued.

Facebook faces an antitrust suit by the FTC in the United States that could force it to sell the Instagram and WhatsApp platforms that have cemented its market dominance in the past decade.

Facebook is also facing a consumer class action in the US and is under investigation, or has been investigated and found by competition authorities, in several countries including Australia, Argentina, Hungary, Turkey and South Africa.

Today’s filing includes a statement from Dr Lovdahl Gormsen explaining why she is bringing the action, why she is the best person to represent consumers and how she will manage the proceedings on their behalf.

The claim is also supported by a report from independent expert economists and a detailed plan for managing the claim, including how the proposed class of 45 million consumers will be communicated with through a claims website, www.facebookclaim.co.uk), newspapers, magazines and social media.